The Impact of Technology For Drone Professional Development 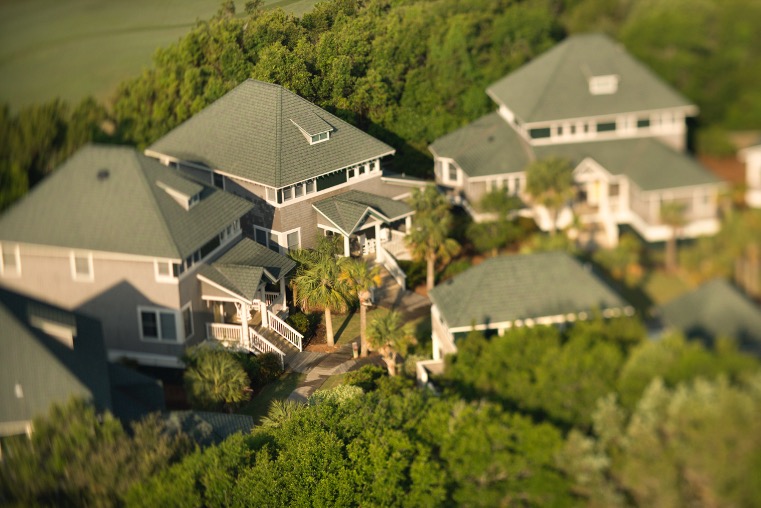 Technology has majorly impacted almost every aspect of modern life; and As technology continues to advance, so do our abilities to pursue professional opportunities and broaden our skills. When it comes to the drone industry, we’ve seen technology open an unlimited amount of doors.

This era of non-stop technological advancements has allowed North Carolina Pilot Jerry Cowand to further develop his already well established career in aviation into the world of drones. As the Founder of Eagles View UAV, Jerry has managed to learn the ins and outs of almost every sector within the drone industry and has gained experience with equipment of all sorts.

I have been involved in model aviation since I was a small child. Thanks to a Civil Air Patrol Cadet flight scholarship, I soloed by age 16. After getting married in 1989, I started working on my private pilot rating. By 1992, kids came along and I stopped work on an instrument rating. Fast forward 32 years and in 2016 I retired as a Fire Captain / Paramedic. During my last 18 months, I was assigned to headquarters and investigated using drones operationally in our city. I came up with all kinds of mission profiles; however, the one thing that proved to be a non starter for us was the airspace, and the fear that a drone program wouldn't be well received by our citizens. I myself knew that Part 107 was on the horizon and was convinced that drones would be a game changer for farmers.

In 2016 I attended the InterDrone Conference in Las Vegas, I wanted to learn as much as possible before making such a large investment. As it turned out, I didn't need to go any further than my home state of North Carolina. PrecisionHawk in Raleigh had the solution I was looking for in the form of the DJI smarter farming package. It was a factory assembled Matrice-100 with dual batteries, a RGB (x3) camera and a converted (x3) multispectral camera. My first year I gave away a ton of services, just to prove to farmers the value of drone imaging. Most of the old guys would ask, “what do you think you can tell me about my farm that I don't already know since it's been in my family for generations.” They were impressed that with a short flight I could show them areas of their farm that were problematic.

The question now was what to do with these skills? I reached out to crop scouting services but instead of viewing my drone service as a force multiplier to their staff they felt my business posed as the competition. Still determined, I expanded into real estate.  I purchased a Z3 camera that has a 7X optical zoom. I trained myself to use the Litchi App, reached out to the various agents and associations in my area and then signed up with Droners.io and Drone Base. I provided various jobs more or less for the experience. I learned to do virtual insurance adjustment / inspections, inspected cell towers, and got involved locally with some emergency response.

When Litchi  stopped supporting the Matrice-100; therefore I purchased a DJI Phantom 4 Pro V2.0 to support our real estate drone efforts. We provide drone services for just about anything you can imagine. Just last year a company from the midwest reached out to us to do some field trial flights for them and that strengthened my perspective for drone use in agriculture. We remain active on DJI GO, DJI GO4, Litchi, Drone Deploy, Precision Flight, PIX4D, and various video and photo editing software programs. The resources available to pilots today are remarkable. Truly, the advancements in technology are mind boggling. It was just a few short years ago that I was building models out of balsa, and flying with AM radios and FM radios were the things of dreams! We used to have a saying that went like this: “Don't go to the hobby shop because if you do you will buy something to build. That will lead to hours of building and working hard to get everything just right.  If you build it you will certainly fly it.  If you fly it eventually you will crash it. Then the whole cycle repeats itself.  Now aircrafts are ALMOST crash proof!

If you prepare, follow instructions, and don't fly in extreme weather, crashes are almost a thing of the past.  And if you have GPS technology in your aircraft it will ALMOST always find its way back home. As a result we have a ton of people who know how to fly a tablet but not necessarily the aircraft. The difference between a tablet flyer and a true Part 107 pilot is their ability to control the aircraft when all the technology fails. And yes, sometimes this happens.

As far as drone photography goes, the best place to start is by learning as much as you can about photography basics. Remember, your responsibility is first to fly the drone - basic photography skills will be satisfactory for most jobs.  As a private pilot we were taught to Aviate (fly the airplane) Navigate (know where you are) and Communicate (tell somebody where you are or confess that you are in trouble and need help).

I want to speak to drone insurance. In the beginning you learn that you must have drone liability insurance or nobody will hire you. During our first year I bound up a $1M liability policy with hull insurance. Those policies cost an arm and a leg and of course didn't get used. I learned about SkyWatch.AI’s competition, and I let my yearly policy lapse and purchased insurance as I needed it to save on costs. I then found out about SkyWatch.AI as you were the first to bind coverage for a month at a time. For me, this was a game changer. When I signed up with you SkyWatch.AI I knew about discounts but wasn't sure how to qualify, I was under the impression the only way was to link the SkyWatch App to my drone while I was flying. I wasn't about to do that, when I fly the only App I will have running is the one controlling the drone. After exploring the website I learned how to access my flight logs and sent them in. Within a couple hours I had a discount code. Then I reached out ultimately to support and got assistance in getting additional flight logs sent in for review. I didn't hold out much hope that these would help much, because I looked at them and found what appeared to be unreadable computer coding. Nevertheless, I received another discount code. Honestly, I had no idea that I had that many flight logs available to prove experience and safety!

We consider it a blessing that during these difficult times we have not been affected by COVID-19 as drone photography is often used to support essential business and services.  Most of the time we go out and fly and nobody knows we are there so social distancing isn't an issue and our client base knows they can call with basic details of a job and we will deliver the images over the internet.

"We are a licensed and insured professional drone service company providing aerial photographs, video and data of all types for all occasions. The imagination is the only limit to the types of images we can provide."